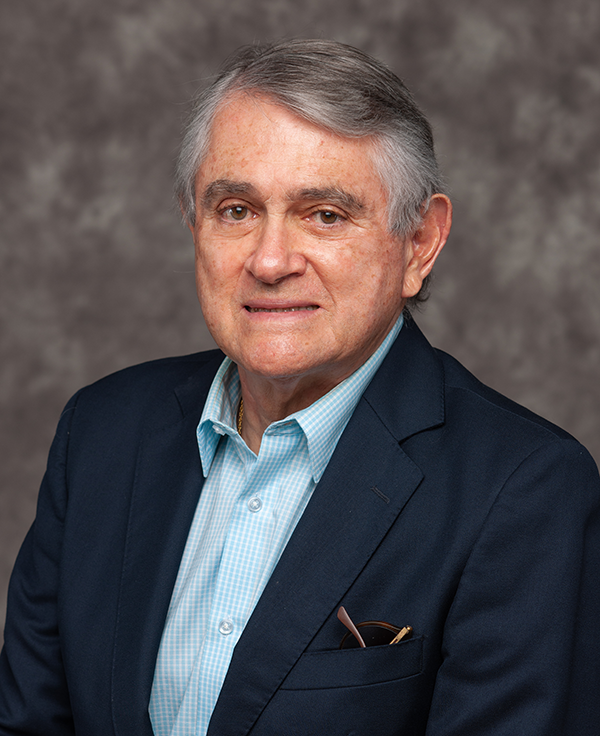 Javier Escobar, M.D., M.Sc., is a clinician, educator, and researcher. His research work has included studies on the clinical phenomenology, epidemiology, and treatment of psychiatric syndromes, particularly those presenting primarily with somatic symptoms. He is currently participating in an NIH-Fogarty funded grant to train new investigators in several Andean nations of South America.

Before joining FIU, Escobar worked at the Rutgers University-Robert Wood Johnson Medical School as a professor. He also served as associate dean for the Office of Global Health, which he created.

Escobar has served as a member of the NIMH Director’s Advisory Council, the FDA advisory committee on psychiatric drugs, the APA task force that developed DSM-5, the Robert Wood Johnson Foundation’s advisory committee for the Clinical Scholars Program, and several other research and academic workgroups.

Escobar is a part of two international research teams studying severe mental disorders-- bipolar disorder and schizophrenia-- in special populations of Colombia and Argentina, respectively. In this work, he has provided mentorship to South American investigators and served as a liaison between the U.S. and Latin American collaborators. Studies at the Universidad de Antioquia in Medellin, Colombia, have led to several educational and research collaborations with investigators from UCLA, UCSF, and the University of Pennsylvania. These include NIH-funded projects targeting the genetics of chronic, severe mental disorders.