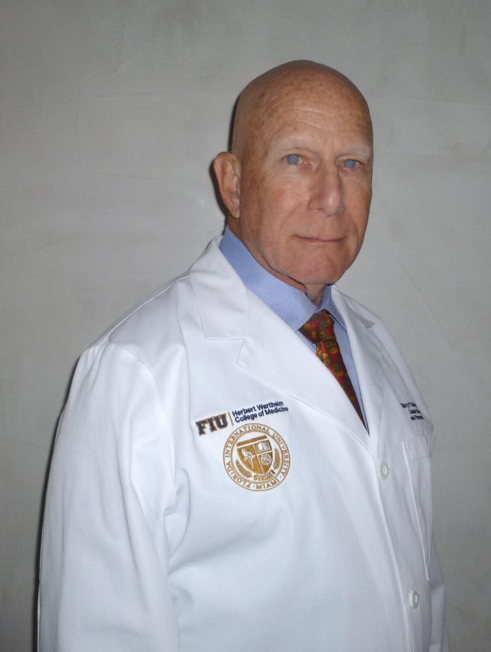 Barry P. Rosen, Ph.D., was Associate Dean from 2009-2016. For 22 years he was Chair and Distinguished Professor of Biochemistry and Molecular Biology at Wayne State University School of Medicine. He has more than 350 publications and numerous awards, including Basil O'Connor Award from the March of Dimes, Maryland Distinguished Young Scientist Award, Josiah Macy, Jr. Faculty Scholar Award and FIU Top Scholar Award. Rosen has been continuously funded by NIH and NSF since 1972. He held a prestigious NIH MERIT Award, renewed as an R01 and most recently as a MIRA Award until 2025, putting it within the top 100 longest continuously funded NIH grants. He has been on many grant panels and editorial boards. He was President of the Association of Medical and Graduate Departments of Biochemistry and is a fellow of the American Academy for Microbiology (ASM) and the American Association for the Advancement of Science (AAAS).

For four decades Rosen has investigated the mechanisms of transport and detoxification of transition metals, heavy metals and metalloids in bacteria, yeast, protozoans, mammals and plants. He identified the pathways of arsenic uptake, efflux, biotransformation and regulation in organisms from E. coli to humans. He identified most of the known arsenic detoxification genes and characterized their gene products at the biochemical and structural level. He solved the crystal structure of the ArsA As(III)-translocating ATPase, the ArsR repressor orthologue CadC, the ArsC and LmAcr2 arsenate reductases, the ArsH NADPH-FMN oxidoreductase, the ArsD As(III) metallochaperone, the ArsM As(III)-SAM methyltransferases from Cyanidioschyzon merolae and Chlamydomonas reinhardtii and most recently the ArsI C-As lyase. He identified and named the ArsR family of metalloregulatory proteins. He made the seminal discovery that aquaglyceroporin channels, from E. coli GlpF to human AQP9, are the transporters that nearly every cell uses to take up As(III). He is currently elucidating the enzymes and transporters of the arsenic biomethylation and organoarsenical redox cycles.

For a full list of Rosen's publications visit his NCBI bibliography.